Emily Calandrelli, West Virginia University alumna and Morgantown native, is set to release the fifth and final book in her children’s series, The Ada Lace Adventures, next week on Feb. 12.

Also known as The Space Gal across various social media platforms, Calandrelli has amassed thousands of followers, posting about topics ranging from the untapped renewable resources in the Appalachian region, to the effects of climate change happening globally. So the question poses itself: Who is Emily Calandrelli?

Although a current San Fransisco resident, Calandrelli was born and raised in Morgantown, W. Va., where she later went on to attend WVU to earn her Bachelor’s degree in Mechanical Engineering and Aerospace Engineering in 2010. During her time there, she won numerous awards such as becoming a Truman Scholar, being named to the all-academic team by USA Today in 2009, winning the Barry M. Goldwater Scholarship, and being voted Ms. Mountaineer by her classmates.

After an eventful four years at WVU, she went on to receive two Master’s degree at MIT in Aeronautics and Astronautics, as well as Technology and Policy in 2013.

A Takeoff Of A Career

Since Calandrelli left her college days behind, she’s had an even bigger impact in the professional sphere.

Currently hosting her own show, Xploration Outer Space—now in its fifth season—Calandrelli’s personality and love for space is tangible through the screen. It’s so tangible that her work as a host earned her a Daytime Creative Arts Emmy Awards nomination for Outstanding Host in a Lifestyle/Children’s/Travel or Family Viewing Program in 2017. Not only does she host her own show, but she’s also guest-starred on Netflix’s special, Bill Nye Saves the World numerous times. 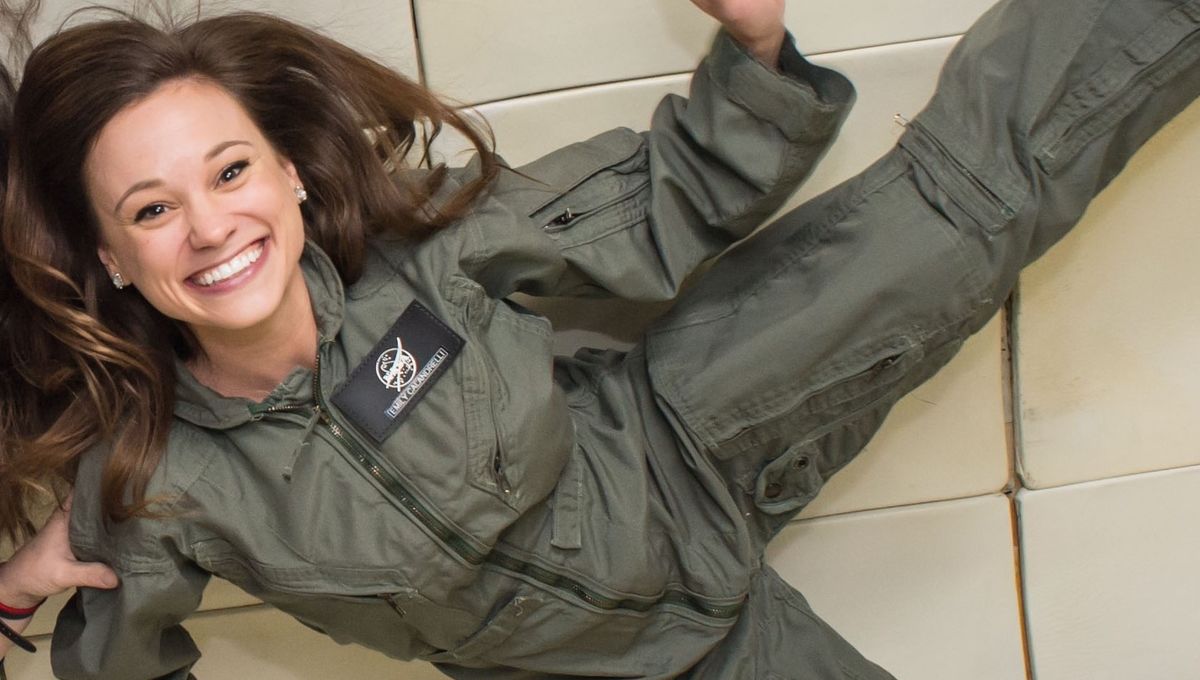 As if these accomplishments aren’t impressive enough, Calandrelli is also a contributing writer for TechCrunch, focusing on topics like furthering equality between women and men in STEM, space exploration and scientific literacy. Not only does she write about these topics, she speaks professionally about them, too, giving talks for enterprises like Google and Pixar.

A beloved alumna—and one who isn’t shy from giving back to her college—Calandrelli frequently returns to WVU for various events, including as a speaker at last year’s TEDx WVU event.

On top of all of her accomplishments, Calandrelli has written and published a widely-successful children’s book series, The Adventures of Ada Lace, with the fifth and final book set to come out next week. The series has won acclaim from large publications, school systems, parents and their kids alike.

“What I wanted to do was create a character that was female who had these types of adventures and did these types of science experiments. So that kids could have a female character to look up to,” Calandrelli told the Geek’s Guide to the Galaxy podcast (episode 318).

Ada Lace, the star of the series, is an elementary-aged girl with a passion for science, math, and solving mysteries. Whether she’s trying to build the perfect robot or fighting with her dad, the topics these books cover are not only relatable to girls (and boys!) that age, it also stands to help inspire our youngest generation.

Kids all over the country love the series and Ada herself, but parents might love her even more. “My daughter (8, the same as Ada) loves them, and we can’t wait for the next book in the series,” writes Jamie Greene, for Geek Dad.

Where Will She Land?

It doesn’t look like Calandrelli will be slowing down anytime soon, and for the sake of our girls, let’s hope she doesn’t. To keep track of her future journeys, you can follow her on Twitter and Instagram under the handle @TheSpaceGal, or on her website. Like a red dwarf star, she’s shining bright and here to stay for a long time.

This site uses Akismet to reduce spam. Learn how your comment data is processed.